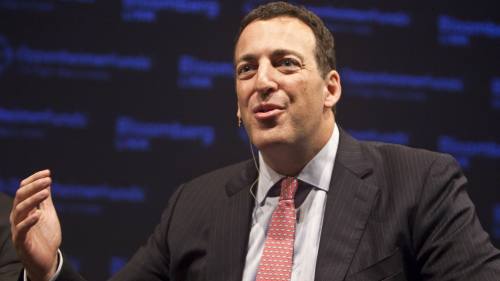 March 11, 2020 5:00 am by Laurence Fletcher in London, Ortenca Aliaj in New York and Robin Wigglesworth in Oslo
A handful of hedge funds betting on bonds or volatility have reaped profits from the turbulence in financial markets over the past fortnight.

RG Niederhoffer Capital Management’s flagship diversified fund — one of the world’s oldest quant hedge funds — has gained 37 per cent this year, after losing 28 per cent in 2019 when markets rose.

“This is a sad situation that has created the ultimate in conditions for our strategy,” Mr Niederhoffer told the Financial Times. “This is the kind of volatility we haven’t seen since the [global financial crisis].”

His fund tries to calculate when markets have become too fearful or too greedy and then buy futures in bonds, stocks and other assets to profit as they correct.

The performance gains come after years of sluggish returns for much of the hedge fund industry, leading some investors to pull their cash out. Many managers have complained that markets dominated by central bank stimulus have been hard to trade. Investors said that a bout of sharp volatility could offer them the chance to prove themselves again.

Some funds betting on bonds have profited as bond yields, which move inversely to prices, have tumbled over the past two weeks, driven by investor expectations of further interest rate cuts to combat the economic damage caused by coronavirus.

Danny Yong’s Dymon Asia Macro hedge fund gained 20 per cent in February and is now up more than 20 per cent this year. It has profited from bets on rising bonds and falling stocks, as well as wagering against the currencies of export-dependent countries.

“The US will be hit hard, and will shockingly be the least prepared among the developed economies,” he said. He expects “significant global supply chain disruption” and a “destruction” of demand as people have to stay at home because of the virus.

Mr Yong also expects monetary stimulus to have little impact in stimulating economic growth. “When people fear for their lives, even if interest rates are negative, or cash handouts were given, it will take a while before they build the confidence to leave their homes to start spending again,” he said.

Brevan Howard, one of Europe’s best-known hedge fund firms, has been betting on falling bond yields, and its flagship fund rose 5.2 per cent in February, taking gains this year to 3.8 per cent, according to a person who had seen the numbers.

Meanwhile Brevan’s FG Macro fund, run by trader Fash Golchin, gained 16.6 per cent last month and is now up 14 per cent this year.

Horseman Capital’s Russell Clark, a longtime bear who has been betting against stocks for years, has also gained. His Horseman Global fund is now up more than 20 per cent this year, according to investors.

However, others have been harder hit by the market sell-off, including the world’s largest hedge fund. Bridgewater’s Pure Alpha declined 5.5 per cent in the first two months of the year. The more leveraged fund, Pure Alpha II, was down more than 8 per cent in the same period.

Bridgewater’s All-Weather fund is flat to the end of February, after dropping 1.7 per cent during the month.

And Singapore-based QuantEdge, which managed around $2bn in assets and was one of the world’s top-performing hedge funds last year with a 70 per cent gain, lost nearly 7 per cent last month and is down around 5.7 per cent this year, according to investors.

The fund generally bets on rising prices, “meaning that we will inevitably suffer losses when all or most markets fall in a co-ordinated fashion”, said a spokesman.